Having worked with 2 very different cohorts of women in the last month – one with aspiring women politicians and the other with women in the Dept of Defence – I am more than ever of the belief that we need to expose the unwritten rules that form barriers to women’s advancement.

I have seen a growing awareness as women progress their careers, that working harder and harder, and longer and longer isn’t taking them to the top. 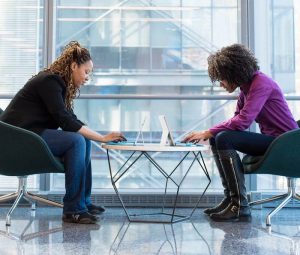 Men and women are still treated unequally in almost every place of work from our parliaments through to private and public institutions. Women continue to earn less, on average, for the same performance, and they remain underrepresented in top jobs. Research has shown that both conscious and subconscious biases contribute to this problem.

Over the next few months, I will expose some of the hidden, more subtle sources of inequality. There are structural and systemic barriers to women’s advancement. Still, I will start with the observation that women often don’t get what they want and deserve because they don’t ask for it… especially when it comes to salary.

In one study, reported in their book, Nice Girls Don’t Ask, Linda Babcock et al found that men are more likely than women to negotiate for what they want. They found that the starting salaries of male MBAs who had recently graduated from Carnegie Mellon were 7.6%, or almost $4,000, higher on average than those of female MBAs who had graduated from the same program. That’s because most of the women had accepted the employer’s initial salary offer; in fact, only 7% had attempted to negotiate. But 57% of their male counterparts – or eight times as many men as women – had asked for more.

Why do women resist negotiating? Firstly, they are often socialised from an early age not to promote their own interests and to focus instead on the needs of others. The messages girls receive – from parents, teachers, other children, the media, and society in general – can be so powerful that when they grow up, they may not realise they have internalised this belief. This affects their willingness and ability to negotiate. Women tend to assume that they will be recognised and rewarded for working hard and doing a good job. Unlike men, they haven’t been taught that they can and should ask for more. Secondly, many companies’ cultures penalise women when they do ask – further discouraging them from doing so in future. As a result, women often watch their male colleagues pull ahead, receive better assignments, get promoted more quickly, and earn more money. Observing these inequities, women become disenchanted with their employers. When a better offer comes along, rather than using that offer as a negotiating tool, women may take it and quit.

How do we confront this problem? At the individual level, women benefit from having a mentor to advise them on the benefits (and the necessity) of asking for what they need to do their jobs effectively and fulfil their professional goals. Mentors make sure women know how to negotiate aspects of their working lives. My work as a coach and mentor for women has proven to me that women respond immediately and powerfully to advise and rapidly begin to see the world as a much more negotiable place.

Connect with Jenny and the Orijen Group on LinkedIn + Twitter