Originally published on WFEA.org.au.
The announcement by Senator Nova Peris of her retirement from Parliament after serving just one term – three short years – should be greeted with universal sadness and regret. 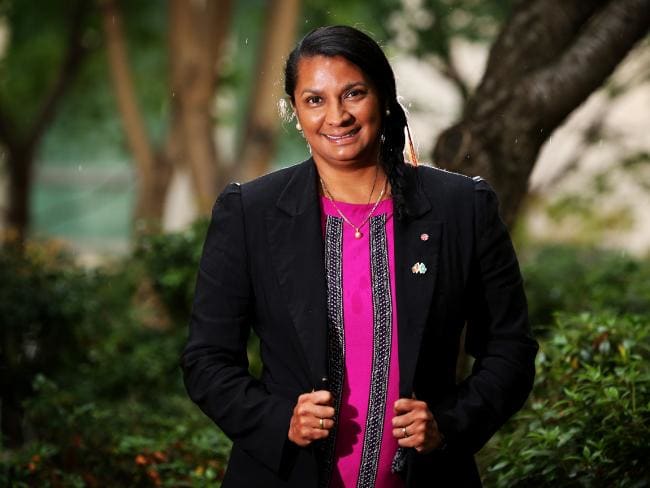 An outstanding candidate. A high achiever in her own right as an Olympic Gold Medalist and an OAM,  Peris’s entrance into parliament was not through the traditional pathway of service to the party machinery, or through service as an advisor.  She entered as a ‘captain’s pick’ – unprepared and without training.  Entirely the opposite to her career as an elite athlete.  However, once elected, Peris committed herself to the tough and grueling task of being a people’s representative, honestly, in good faith and with unwavering commitment, as so many do, promising, in her first speech, to ‘work hard and make a real difference’.

Peris was the first Indigenous woman to become a senator in our Commonwealth Parliament, a feat which took 112 years.  But once getting there, Peris was confronted with the challenges of a workplace unlike all others.

Unfortunately, we know all too well that her story is not unusual.  As an organisation that was formed specifically to support women such as Peris, Women for Election Australia (WFEA)  interviewed current and former female MP’s, premiers and  ‘would-be’ candidates. We wanted to better understand the barriers to women’s participation as elected representatives and to tailor our training programs to meet their unique needs.

The subsequent report “Future Proofing Australia: Gender Diversity in Politics. June 2015”, revealed that women found both the reality and the idea of a political career challenging in many ways.  Their salary was often cut and their career progression stalled.  The process of candidate selection was personally tough and alienating.  The overall political culture was male-dominated and often abusive. The long hours, and the impact on childcare and family responsibilities of being away from home for extended periods of time was unappealing.  And finally, the values conflicts and compromises needed in order to be successful.

Back to Peris.  Her experiences replicated these findings. While she, as other MP’s, had to withstand the time away from family, the long and arduous hours, the heat of debate, she, as an Indigenous woman,  faced additional personal abuse. Systemic and institutionalised racism and sexism seem, regrettably, to come so easily to some sections of our media and community.

Peris decided to walk. No one blames her, but the question must be asked – what type of workplace support exists for novice parliamentarians as they make their way, as they learn to respond to public policy questions, to political challenges, to media intrusion, and to the general challenges of public life.  And importantly, how to manage the cruel and negative public backlash that arises when someone like Peris challenges the status quo.

Equal representation is critical to changing Peris’ regrettable and unfortunate decision.  It’s long overdue but sadly, the numbers are unlikely to change anytime soon.  In the meantime, until there is adequate support for women entering our Commonwealth Parliament – surely one of our highest honours – we do ourselves a collective disservice if ongoing support for women, and for Indigenous women in particular, is simply not made available.

WFEA congratulates the AFL for its ability to attract a truly remarkable Australian into a critical area of policy concern.  Let’s hope they support her appropriately.

And let’s hope we don’t get this wrong if the next Indigenous candidate, Linda Burney succeeds in her bid to enter the Federal parliament.