Elizabeth Crouch is the moderator of Orijen’s Executive Women’s Business Future Female Leaders Program. As an experienced female executive in many sectors, she is a role model for many Australian executive women. 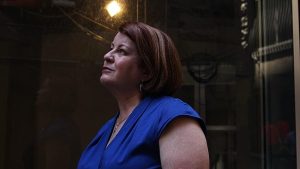 She has recently been profiled in the Financial Review after her recent nomination to the board of Brickworks. Key to the article was an exploration of her mantra for a successful professional career: “Being able to add value, particularly in things that are in a crisis or facing a difficult time, and still achieve a good outcome, is far more rewarding than going into something that is just ticking along.”

This is a mantra that has seen Crouch:

She says “In any situation, you have to operate how you always do; without fear of favour. You’re there for the best interest of the company and shareholders. You have to be judged on how you perform”.

“What I have learned over time that you go into a hostile environment like that, which I have done before, you just have to see if you can reach a level of understanding with people. Nine times out of 10 you will come up with a degree of commonality and then it’s the marginal stuff you argue about. Everyone has value to add, you just have to understand what value that is.”

Like many successful women, Crouch comes from a family background with lots of change as her family travelled around Australia a lot for her father’s job. “When I look at people I know who have been in a similar situation, they are resilient because you have to be. While I resented it at the time, it was a great gift to me.”

“I am used to operating at 110 miles per hour. I’ve had a corporate career for a very long time and I managed a six-month-old baby with a CEO role”.

Crouch indeed, proves that Australian women really can succeed in whatever field they choose to join.

To express your interest in joining the program, please fill in the form below.